We visited artisan Wang Jianjiang and his work studio. Wang belongs to the sixth generation of Suzhou silk tapestry (kesi) embroiderers. Their art has been listed as a national intangible cultural heritage. Wang caught the media’s attention when he made a replica of a Qing Dynasty imperial robe using the same skill that dates back to 400 years ago. Wang introduced us the history of silk tapestry, his family’s generational relation to this tradition, as well as the current issues that he faces for preserving this skill and tradition.

Since centuries ago, Jingdezhen has always been the ‘holy land’ for ceramics. The name ‘China’ of the country in fact came from a town nearby ‘Changnan Town’ where it produced and exported a large number of ceramics to Europe during the Tang Dynasty. With the kind guidance of contemporary artist Liu Jianhua (who was also traditionally trained as a ceramic artisan), we were able to visit the whole industrial chain line of ceramics in Jingdezhen – from the ceramic academy, to the remaining ceramic factories, to local museums, to the scene of ceramic’s commercialisation and its market exploitation. We talked to numbers of ceramic artisans, contemporary artists, craftsmen, business investors and museums directors, in order to have a more in-depth understanding of problematics that the art of ceramics faces in current society.

After the fieldwork trip to Suzhou and Jingdezhen, the project team returned to Shanghai Minsheng Art Museum for a workshop to conclude this research trip. A report can be found here.

Documentary and anthropological photos from Jingdezhen are available on Flicker’s slide album below. 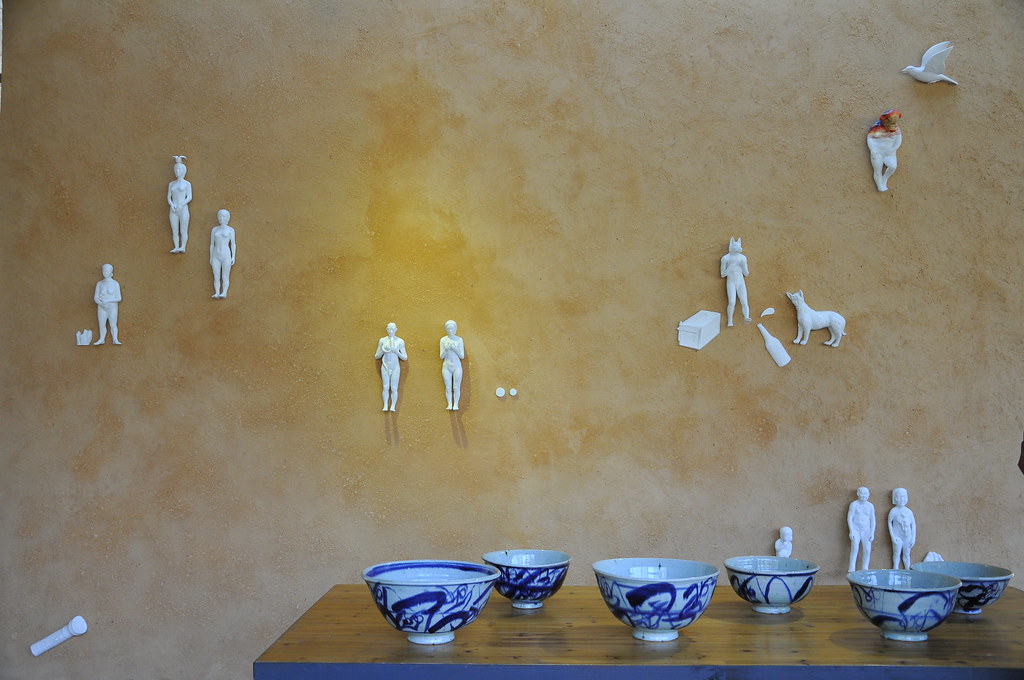